What is a Heat pack anyway? Heat Pack is a cartridge with total dimensions of 160x130x5mm, weight 80g, which after activating by opening after a few minutes begins to warm up and give off heat in the shipment in which we put it. This is to ensure the safe shipment of animals during cold weather. The manufacturer on the packaging states that the heat is to be emitted for 40 hours, the maximum temperature it can reach is 65 ° C and the average temperature is 50 ° C. As it is really will show the test. The composition of the Heat Pack is water, cellulose, salt, activated carbon, ferric powder. In the mixture of these substances, after receiving oxygen by opening the Heat Pack, chemical reactions begin that cause the release of thermal energy. The manufacturer ensures that the cartridge is not toxic. 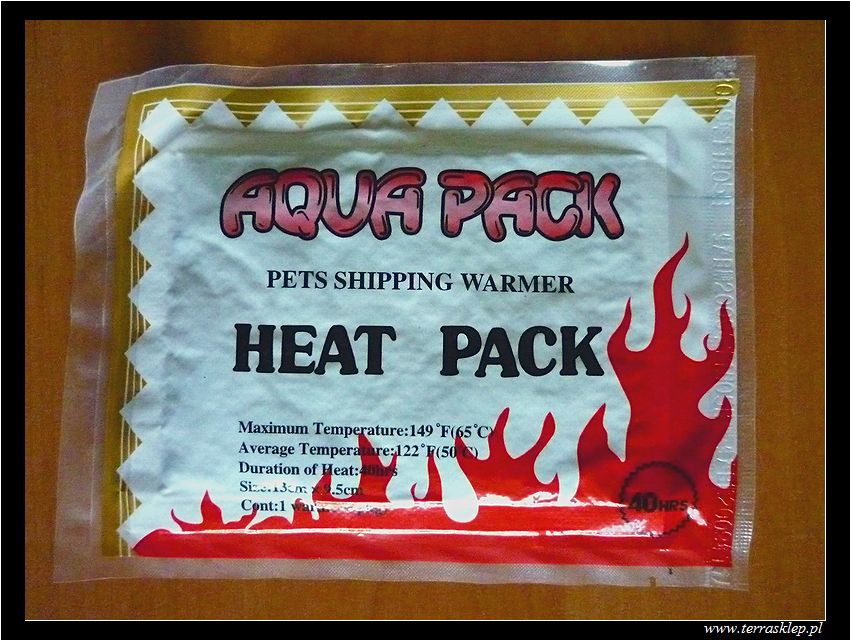 Assumptions of the test:

The test consisted in activating the Heat Pack, inserting into a lockable polystyrene box with walls 25mm thick and installing temperature sensors and saving measurements: 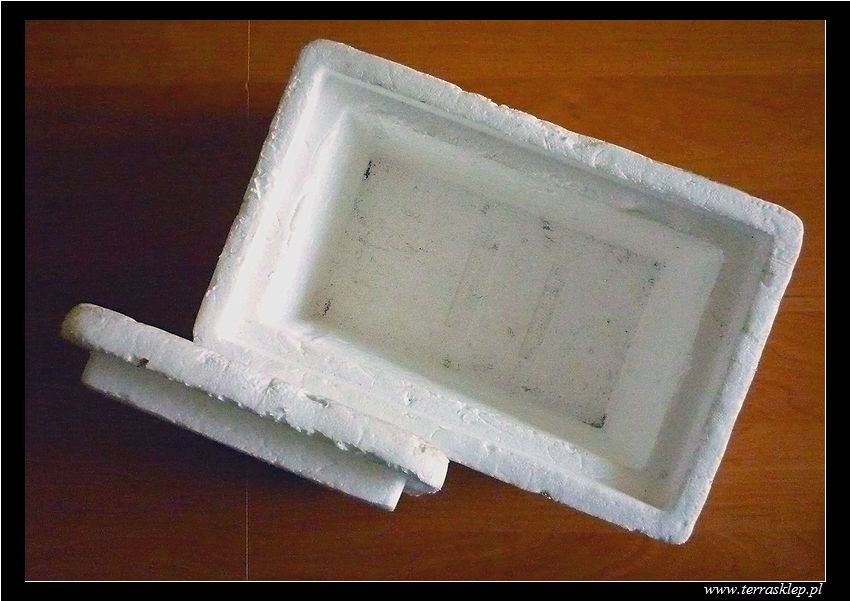 - the first  sensor measures the temperature of the Heat Pack  itself (T heat pack);

- the second sensor measures the temperature in the box next to the Heat Pack (T center);

- the third sensor measures the ambient temperature (T of the environment). 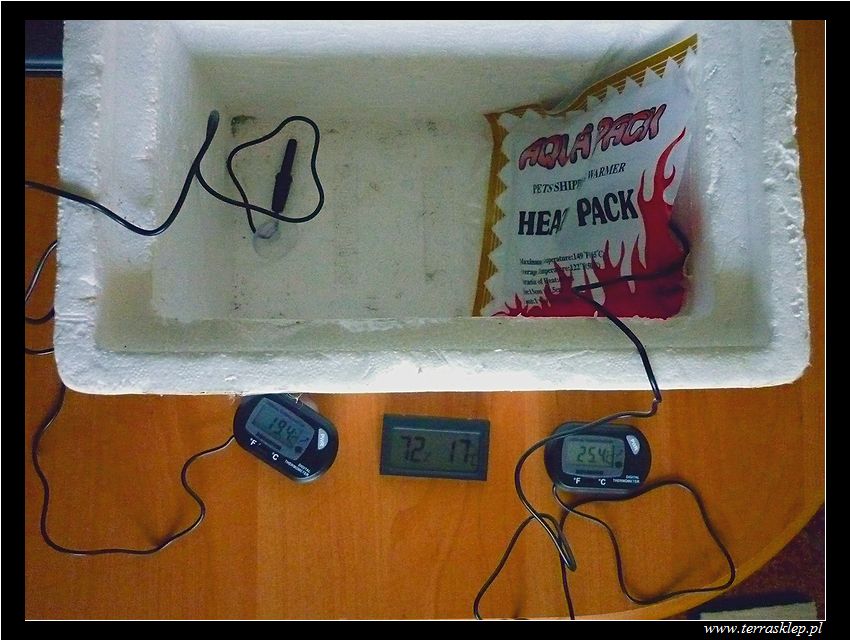 The measurements from the sensors are read and recorded in the table below. The test lasted almost 3 days. The test is to check how the animal will endure the shipment on colder days, which is why I placed the box with the cartridge and sensors at different ambient temperatures, thus simulating the actual shipment by mail or courier. It is known that the parcel when it is at the post office lies at room temperature, then it is transported, sorted, transported again and finally delivered by the postman not infrequently on a bicycle. The temperature range during shipment is therefore quite wide and you have to keep this in mind so that the animal is not unintentionally overheated with a heating cartridge. 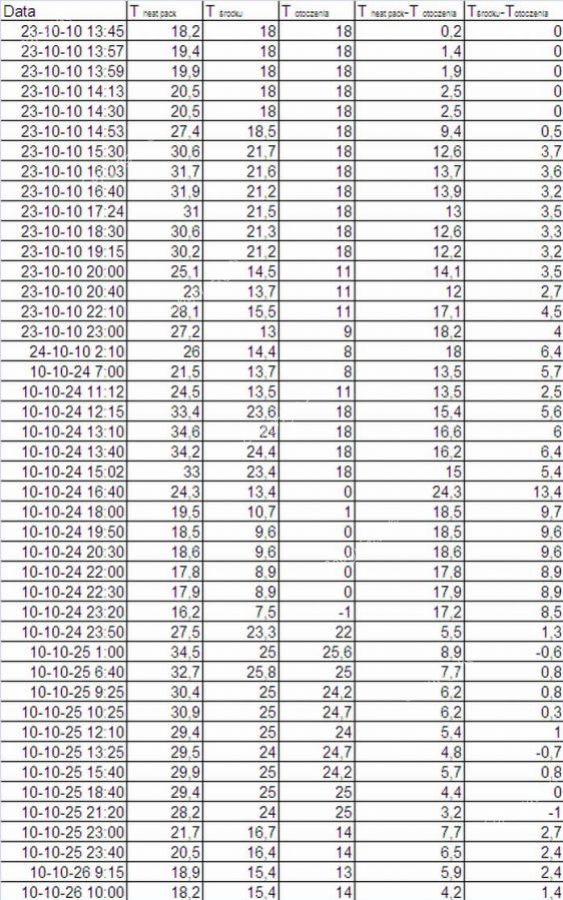 The data on the packaging, i.e. 65 ° C, wonder where in the shipment to give the cartridge and where the spider because if the cartridge would actually warm up to such a temperature, it is after a spider or other animal. The test shows, however, that at an ambient temperature of 20-26 ° C, the temperature at the insert reached 35 ° C so the spider will endure it. In my opinion, it will be safe to place the container with the animal so that only one part is at the Heat Pack. Thanks to this, the animal will have some room for maneuver and if it is cold it will approach the cartridge and if it is too hot it will move away. When the ambient temperature was -1-0 ° C in the box was within 8-9 ° C so not so much and the temperature at the same contribution was 17-19 ° C so quite decently, but at this point the container with the animal should be quite close to the cartridge so that the animal survives a few hours of staying at such a temperature. As for the time of operation of the cartridge, even after 3 days the cartridge still gave off heat, not so intensely but still. Even after the test was completed, the cartridge had a temperature 2 degrees higher than the environment for the next two days. To sum up, this is a nice thing for sure will extend the shipping period, but if there are more frosts outside the window, I think that even the Heat Pack will not provide a safe shipment. You can then, for example, put two heating cartridges, but how to check such a thing and whether it will be profitable I do not know.